Posted by Pjotter on Wednesday, 29 January 2014 in News 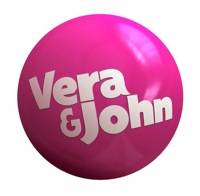 VeraJohn Casino has agreed to offer their players a chance to use the popular digital currency, bitcoin, on the casino site. This is innovation as bitcoin was widely publicised around the globe during 2013, and the awareness and popularity of it has grown exponentially. Rumours tell that Norwegian Kristoffer Kock, made a smart move when he bought bitcoins to the value of €17.80 in 2009, because four years later this amount of bitcoin is worth nearly €600,000.

As VeraJohn Casino now offers this currency to you, it further solidifies the currency as something real. There are 12.28 million bitcoins on the market worth more than 12 billion USD estimated. 61,287 successful bitcoin transactions took place yesterday, so there is no doubt this is a fantastic and extraordinary development.

Do you know Bitcoin? It is a digital currency that allows you to deposit and withdraw money much easer and cheapr than classic bank transactions. As a decentralised currency, bitcoin is handled by a peer-to-peer network. No third parties such as financial institutions are involved which is excatly why it is so cheap. Created by a mysterious tech guru in 2008 called Santoshi Nakamoto. Much has happened since then and eventually it is now accepted by a real online casino, VeraJohn Casino. Today one bitcoin is worth approximately €700.

Check out our video review below:

Pjotter
Pjotter has not set their biography yet
Author's recent posts