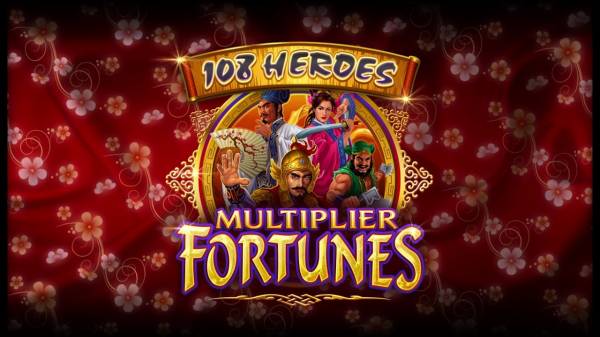 A few weeks ago, we mentioned the onslaught of emoji slots, by various iGaming studios including many players’ favourite Microgaming. Now it’s the turn of the next couple of slots to offer something fresh for the beginning of the new season: 108 Heroes Multiplier Fortune and Gnome Wood. Here’s a sneak peek at each one.

The more avid Microgaming slots enthusiasts may remember their original 15-line 108 Heroes slot that’s played with a tripling wins Free Spins bonus, high-paying Wilds and Scatters. The developer decided to take a step further in terms of variance by decreasing the 5 reels down to 3 and lowering the lines count from 15 down to 9. And that’s just to set the scene in a new game: 108 Heroes Multiplier Fortunes.

Other than the traditional Chinese graphics and an epic soundtrack that transports players back to Ancient China, the real draw of the game is the wild wins with re-spins and win multipliers. How exactly they work is yet to be seen, but you can get some ideas from the official video teaser.

From what it looks like, the 3-reel 108 Heroes slot is an excellent addition to the many 5-reel counterparts, in the way of something simpler yet likely pleasing enough when it comes to volatility and something riskier.

Having launched the highly-anticipated mega-slot Castle Builder II in the summer, Rabcat is ready with its next masterpiece: the 25-line Gnome Wood. This time, the Vienna-based iGaming studio, whose games are exclusive to Microgaming and Quickfire operators, has added Wandering Wilds and Bonus Spins, some of which also come with a win multiplier: very much in the way of NetEnt’s Jack and the Beanstalk.

A spellbinding world set in a woodland inhabited by mystical creatures really comes to life during the Free Spins, which is preceded by Hollywood-style cinematic animations, on par with their other games like Dragon’s Myth, and the Forsaken Kingdom. And while there are no additional bonuses during the free games feature, it may be balanced out with the more frequent appearances of the Wandering Wilds, which by the way, still create additional re-spins, like you can see in the video.

Last but not least, Rabcat’s trademarked Gamble Game feature is added into the mix too, giving up to five chances to choose from two magical cauldrons, one of which will illuminate and double wins.

That said, the two games are exclusive to Microgaming and Quickfire operators and will go live on desktop and mobile on Wednesday 6 September 2017. Any first thoughts on the upcoming video slots? Feel free to leave your comments below.