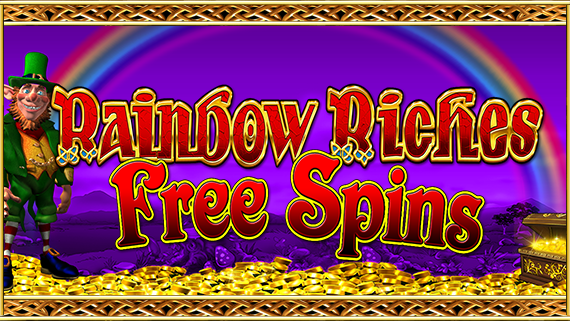 SG Interactive’s member Barcrest and NYX Group’s NextGen Gaming have just published their upcoming video slots, which are scheduled for launch in the coming weeks. Here’s what each one of them has in store for you at a closer look.

Barcrest and Scientific Games have made it clear yet again – the Rainbow Riches “franchise” isn’t going anywhere anytime soon. That’s because the 5th game in the series is called Rainbow Riches Free Spins and it’s coming out very soon. Here’s what’s in it for you.

As the Leprechaun is becoming more lifelike and somewhat disturbing with each release, the developers decided that it’s time to remove the optional Big Bet mode and revert to the good old regular spins. In fact, this could be one of their simplest releases to date as there’s not much to look forward to in terms of bonuses.

Played at 10 bet-lines and a RTP of around 95.17%, players can expect to win up to 500 coins per line with the help of stacked symbols and two Wilds. One of them, the Free Spins symbol, can also lead to a bonus game. It appears stacked on reel 1, but in singular on reels 3 and 5, which is important for the bonus.

Intuitively, if you get the special symbols on all those three reels, you’ll win the free games feature. The total amount depends on how many Free Spin icons are in view on the first reel, and is capped at 20 freebies. While the feature is played with a different set of reels, there’s nothing else to boost your wins that isn’t included in the base game.

If you want more bonuses, then NextGen Gaming’s new Xing Guardian is for you. It has a generous RTP of 97% and no less than 1,024 ways to win. For a 50-coin spin you’ll get a rush of stacked symbols, including Wilds, and an opportunity to win one of its two base game features and a Free Games bonus.

One of Xing Guardian’s random features is called Rise of the Dragon. When triggered, a Dragon will appear and reveal a stack of Wilds on one or more reels. As locking reels are getting more popular, NextGen Gaming have also included the Xing Guardian Locked Reels feature, which when activated syncs up to 5 reels with matching symbols for bigger wins. Better yet, get 3 or more Scatters to win 10 Free Games, which are played with locking reels on every spin.

That said, how fond are you of Barcrest and NextGen Gaming slots? Leave a comment below.