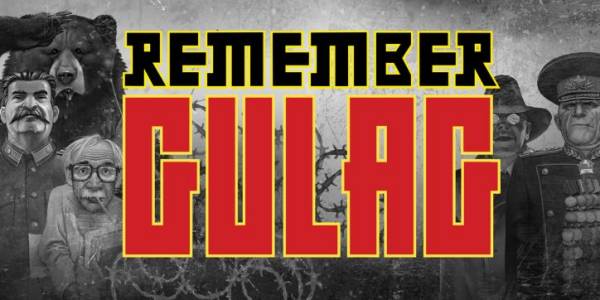 Following the release of Punk Toilet, Nolimit City is continuing to make an effort at subverting expectations and taking a different approach from their comrades by catching attention with their subsequent new slot – Remember Gulag. The game will not only give players a glimpse into the Gulag prison camps but also aid the company collect more money for good causes as all profit from the slot during the month of April will go to the National Bank of Ukraine towards Humanitarian Assistance. It goes without saying that some lucky winners may also score up to 30,000x their bet!

“Conditions at the Gulag are brutal - it’s hell on earth. One hand gesture can send you to that hell, but one plan can help you escape,” goes the intro. That plan will be revealing itself on 6 reels and with a whopping 15 different symbols that can pay 144 ways by default. The ways to win will increase due to the different x-features, so the last two reels will unlock only on special occasions like getting Scatters or playing a bonus.

One of the highlights of this release is that it has a total of 4 x-features:

The main feature is once again free spins and for that, you’ll need at least three Scatter symbols. These so-called Gulag Spins will have plenty of expanding Wilds and four characters from the paytable which will get a win multiplier assigned in the pre-bonus spin. The free spins bonus has two additional modes or upgrades: All Aboard that unlocks all the characters and Double Vodka with doubled symbol win multipliers.

There are two more ways of getting into the main bonuses, one of which is the Propaganda Bet. It increases the total bet amount by 20% but makes it easier to trigger three or more Scatters as it guarantees one on the second reel, and it also unlocks the 5th reel as an extra. All three bonuses can also be bought for 78x, 270x and 486x bet, respectively. You can also choose the Lucky Draw option for 198x bet, which awards one of the three bonuses at random. The RTP can range between 96.08% and 96.94%, depending on the use of the additional bets.

With that being said, there’s certainly a lot to explore in this monumental Nolimit slot for anyone who dares to go against the extreme volatility and the complexity of the game setup. You will find Remember Gulag at Nolimit City casinos from tomorrow, the 19th of April!