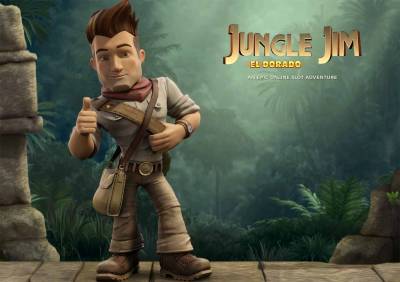 In recent months, leading iGaming software developer Microgaming has been making a lot of noise with its recent activity. As the company continues to work to improve its already elite gaming portfolio, they have announced the signing of an agreement to add software provider Pariplay to its roster of integrated partners.

From its proprietary Fusion games network, Pariplay will be providing Microgaming and its operators access to its complete portfolio of games. This amazing portfolio includes popular scratch card games like Atari Star Raiders® and Zodiac Fortune, as well as highly touted branded video slots like The Three Stooges and Atari Black Widow. The games will be added to Microgaming's ever-growing Quickfire games platform.

According to Tom Chamberlain, Head of Quickfire, “Having content from a range of development partners is a core strategy for Quickfire, providing our operators with the very best gaming content available through one single integration. We’re thrilled to be extending our already strong relationship with Pariplay. Their games are a fantastic addition to the platform, and we look forward to working with the Pariplay team long into the future.”

In other Microgaming news, the company was proud to announce the scheduled release of its new innovative 3D video slot titled Jungle Jim - El Dorado. The action is fast and furious as Jungle Jim takes its players on a mission to find lost treasures in the jungles of El Dorado, where the legendary city promises loads of gold.

This visually appealing video slot is played with a 3-reel, 25 pay line game format. The game features standard game-play symbols, a wild symbol and a scatter symbol that holds the key to 10 free spins that can be re-triggered. During both the base game and free spins, players with experience Rolling Reels™ where the symbols from any winning combinations will explode and be replaced by a new group of symbols, creating additional winning opportunities from the same spin. The video features and graphics on this particular game are quite amazing, although the similarity between NetEnt’s Gonzo’s Quest cannot go unnoticed for many. The game is scheduled to be released on September 7, 2016.

From the desk of Neill Whyte, Head of Product Channels at Microgaming, “We’ve been eagerly awaiting Jim’s El Dorado adventure, and now the game is ready to launch, we are very excited. This character-led game is visually stunning and combines a set of proven features, such as the multiplier trail. We know operators are excited by this game and we believe Jungle Jim – El Dorado is all set to become a long-term player favourite.”